The data collected during the Sea Star Surveys at Yachats State Park is used to help researchers understand the cause of Sea Star Wasting Syndrome (SSWS) and how it changes over time and location. For several years, the CoastWatch program of the Oregon Shores Conservation Coalition has been counting sea stars and looking for signs of illness at this location, adjacent to Cape Perpetua Marine Protected Area. Starting in 2018, the Cape Perpetua Collaborative stepped in to coordinate the surveys at Yachats State Park.

During summer negative tides, a small group of volunteers heads out to conduct SSWS Surveys at the site at Yachats State Park. During the survey, every sea star on the survey site gets counted, measured and documented any signs wasting disease. We mostly observe Ochre and a few Lepasterias sea stars. The average size of Ochre stars we observed were 50mm-70mm in 2021. During our last survey in 2021 we also documented 439 healthy ochre sea stars, 2 healthy lepasterias sea stars (6 arms) and 5 with mild SSW! The smallest star we measured was 5mm (so cute!) and the biggest star we observed in 2021 was 170mm! 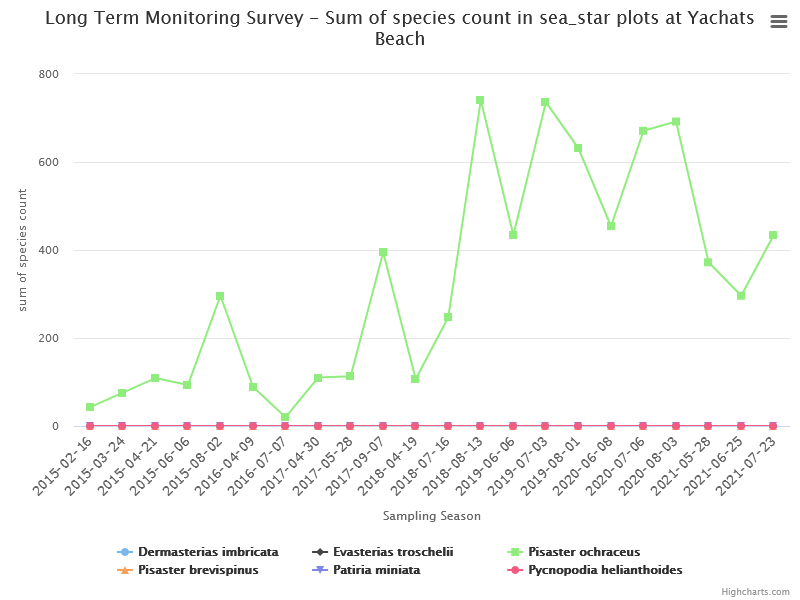 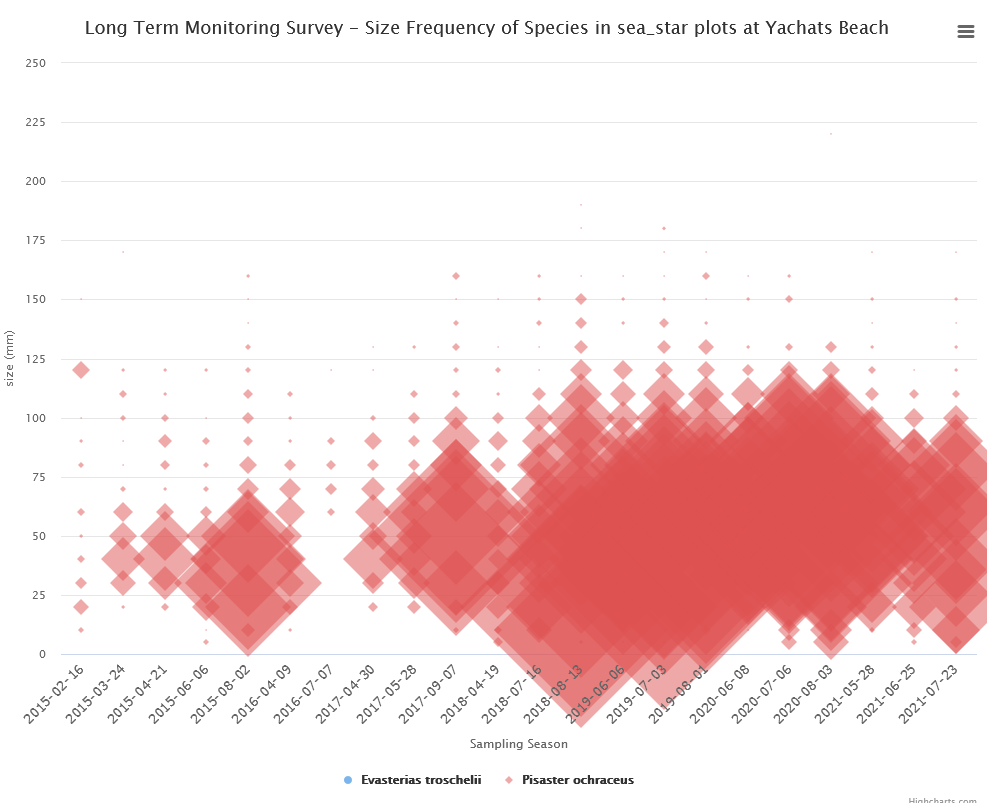