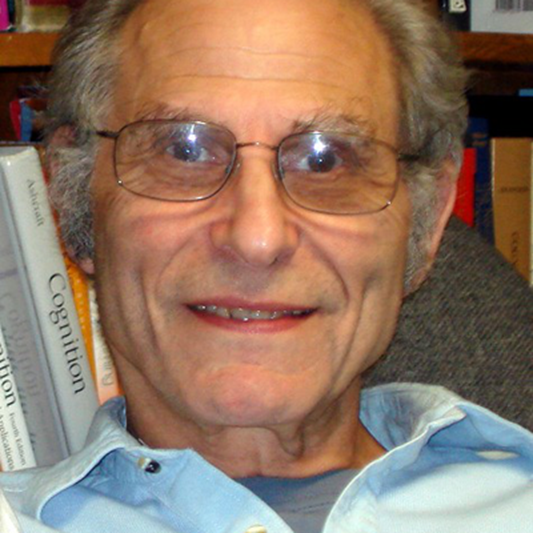 For more than fifty years Michael Posner has studied how mental operations, particularly   those related to attention, are carried out by neural networks. He has used cognitive, imaging and genetic methods. In 1998 he was founding director of the Sackler Institute at Weill Medical College in New York City. He continues studies as Professor Emeritus of Psychology at the University of Oregon and Adjunct Professor at Weill Medical College. His current work examines the mechanisms of changes in white matter resulting from various forms of training. A mouse model is used to examine the general changes with learning and the reason for individual differences in changed connectivity. He has received many honors including in 2009 National Medal of Science by President Obama and in 2017 he was awarded the Franklin medal in Computer and Cognitive Science. 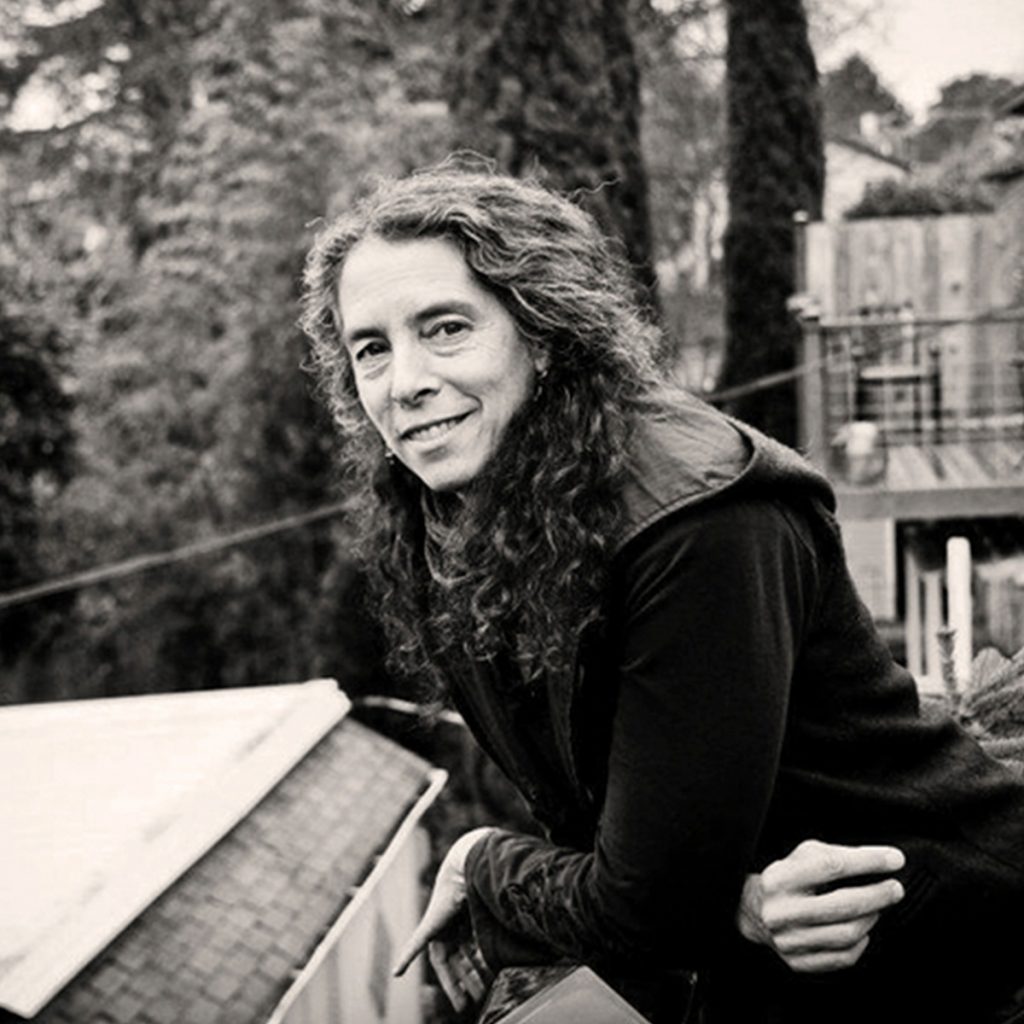 Rose Madrone is the director and producer at Connectivity Project LLC. Her current project is a documentary short film series examining the “ripple effects of our actions in an interconnected world.” Before becoming a documentary filmmaker, Rose’s background included botany, herbal medicine, and permaculture, and she is the former owner of Mountain Rose Herbs. Rose has dedicated her life to help spark a profound awareness of the deep interconnectedness in our world. Many of us wonder if we make a difference in the world. The Connectivity Project series is one of the ways Rose is casting her own ripple, inspiring the viewer to experience and understand that we are all essential, and a part of something much greater than ourselves. In addition to these short films, an accompanying discussion guide and curriculum helps to facilitate an even broader ripple, and by screening at film festivals, partnering in the classroom and with a wide variety of organizations, fostering a creative conversation addressing the questions around “if what we do matters.” 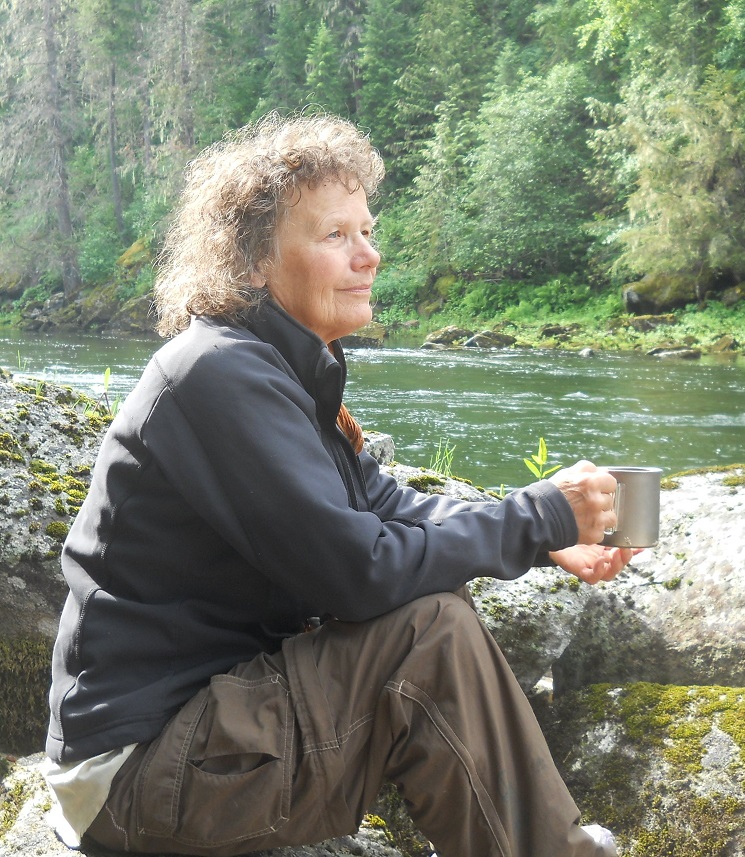 Janet Essley, M.A. is a painter, muralist, and teaching artist with over 20 years’ experience creating collaborative murals with youth and adults. She has led collaborative murals for schools, colleges, community service groups, churches, at-risk youth programs, and environmental education projects.  She believes that collaborative murals are a fundamental integration of art and communication with the practice of democracy. Her personal work is often focused on environmental issues. The Cultural Cartography of Red Knots has been a focus of her work for over seven years.

Before settling into a career in art, she worked in the Pacific Northwest forests for 15 years as a member of worker-owned reforestation cooperatives. The seasonal nature of that work gave her the opportunity to work as a volunteer research technician on a variety of wildlife studies that included Brant Geese and California Gray Whales in Baja, California and Orcas in British Columbia. It was in the marine estuaries of Baja that her interest in birds began. First with the larger birds, osprey, pelicans and egrets, she has extended her interest to smaller species. The Cultural Cartography of Red Knots developed from a query by long- time friend and shorebird biologist Lee Tibbitts on ways art could be used to develop public awareness for the habitat conservation needs of shorebirds. Research for this project has immersed her in shorebird scientific studies and an astounding variety of human artistic expression from around the world.  If nothing else, studying migrating birds teaches us that the world is one shared home. Ironically, conserving habitat for shorebirds, as global events have so recently shown, is also a means for protecting human communities.

Her academic career was liberally sprinkled with interruptions.  After completing a BFA at the University of Oregon, there was much valuable education working with migrant farmworkers in North Carolina and Cambodian refugees in Thailand, before she earned a MA at the California State University in Chico. Her work with children and community murals began 1995 in the alleys of the small rural community of Toppenish, WA. She gathered local neighborhood youth to paint murals over the graffiti on the garage of her rented house, and then on other buildings in town. This was on-the-job training in how to organize a mural that expressed ideas of the community and allowed untrained participants to be part of art making.  Eventually this led to a career as a teaching artist.  In Toppenish, a little town with big murals, she also got her first mural commissions- with a winery and with the Toppenish Mural Society. Her research for the mural on the designs and basketry of the Yakama people opened her to Native American stories which she told as a volunteer guide to local pictographs and which she incorporates into tai chi storytelling dance for children.

There have been many migrations since the first one from upstate NY where she grew up, to Boston and then to Oregon in 1970. She and her husband, a bird listener, have lived variously in Oregon, North Carolina, California, Thailand, Seattle, Hawaii and Toppenish, before settling for the last 20 years in White Salmon, WA close to the northwest wilderness. 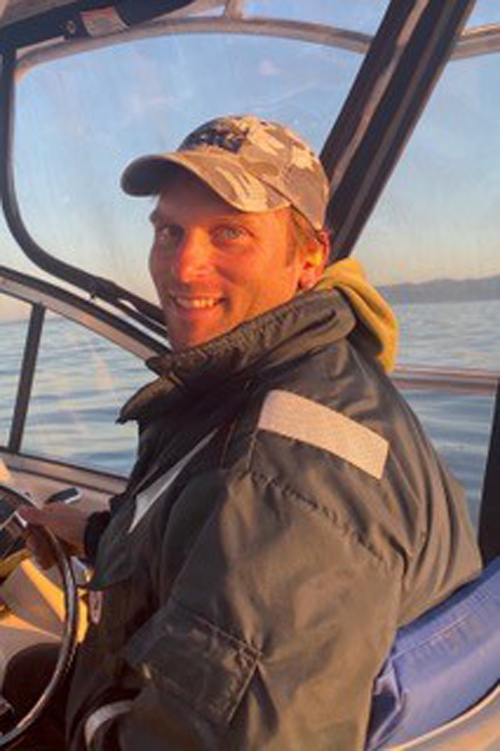 Dr. Taylor Chapple has been studying sharks and other large marine predators around the world focused on their movements, behaviors and population dynamics. From South Africa to Australia to Oregon, using state of the art technology, Dr. Chapple has electronically tagged animals to gain insights into their lives when we aren’t there to observe them. At OSU, Dr. Chapple studies the ecological and economic role sharks play in our coastal marine ecosystems.

Project Highlight: Surfrider volunteers are working to keep Oregon’s beaches clean, monitor water quality, and protect our coastline. Contact us to learn how you can get involved!

Fact: Surfrider only has two staff in Oregon so the bulk of their work is driven by volunteers! 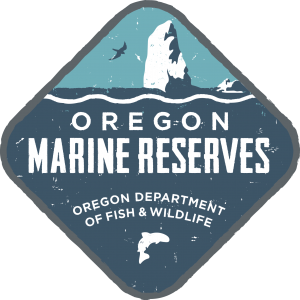 Fact: The ODFW Marine Reserves Program oversees the management and scientific monitoring of Oregon’s five marine reserve sites off our coast. ODFW is studying both the ecology and the human dimensions of the reserves. What they are learning from these living laboratories is being used to support sustainable nearshore ocean resources and resilient coastal communities here in Oregon. 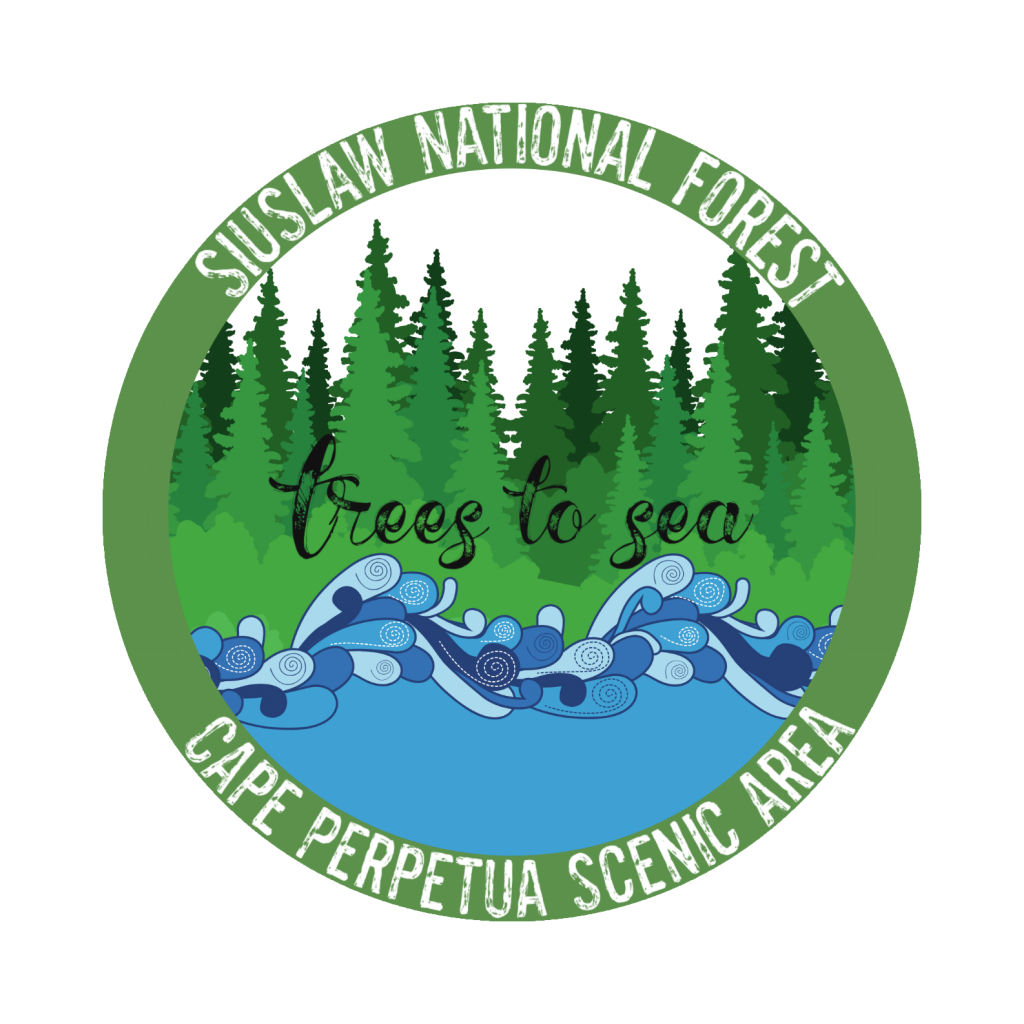 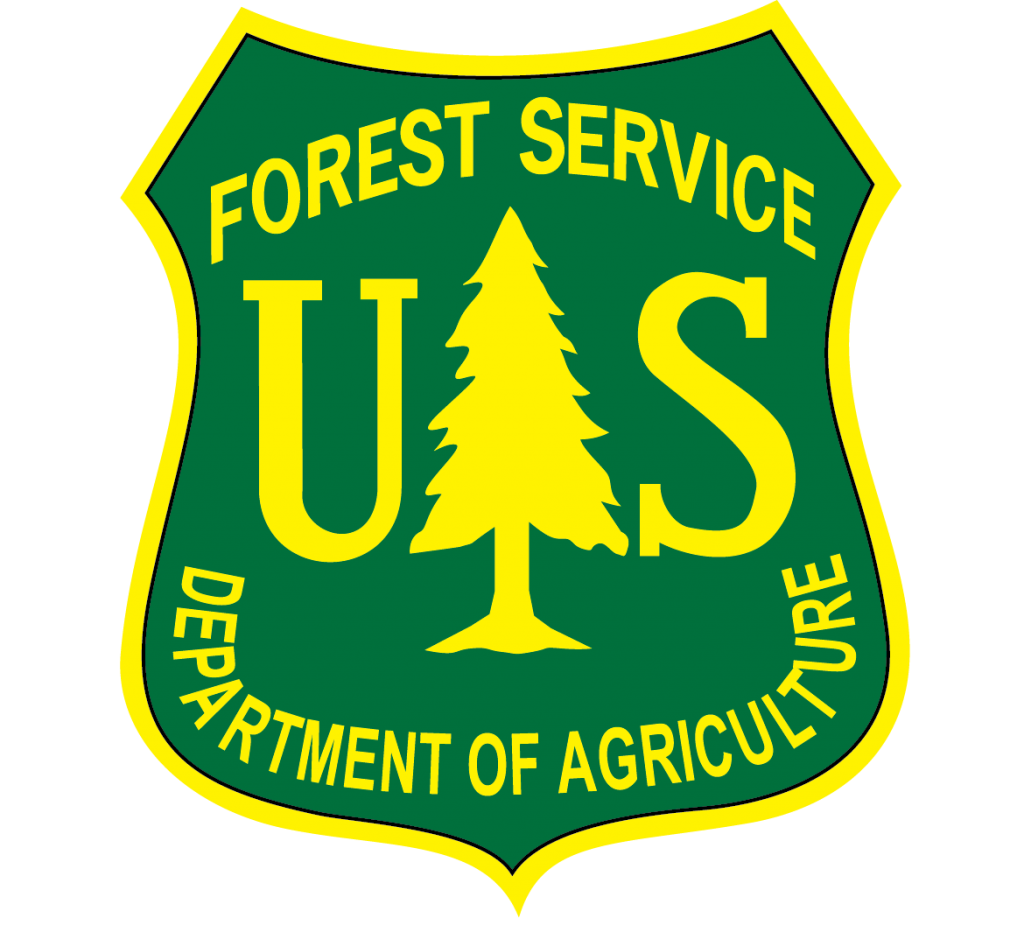 Project Highlight: Most of the Cape Perpetua Scenic Area has been available to visitors and local residents including fantastic hiking. The Visitor Center has been closed to the public so that we comply with local and state Covid regulations and to protect the safety of staff and visitors. While the Visitor Center is closed we are working on updating exhibits. We are reaching out to neighboring school districts throughout the forest to provide an alternative to in person field trips.

Fact: We continue to look for ways to serve the public during these challenging times. It is important to the Forest Service and the Central Coast Ranger District to strike a balance between providing a safe environment for our staff and volunteers and providing visitor services.

Project Highlight: Whales & Marine Reserves: Education and Awareness Our project began in 2016. We document whales and their behaviors within the marine reserves while educating and surveying the public.

Project Highlight: View the Future, McKenzie River Trust and the City of Yachats have partnered in sponsoring Sam Hillman, a participant from the Resource Assistance for Rural Environments (RARE) Program, sponsored by AmeriCorps, and administered through the University of Oregon.

Sam’s projects as “Central Coast Conservation Associate,” will be twofold. First, he will be assisting the McKenzie River Trust in identifying priority lands for conservation in the central coast region as well as identifying and connecting with the regional partners and their ongoing projects. Secondly, he will be working with the City of Yachats local government and View the Future to address water insecurity in the community by assisting in water planning, organizing community conservation efforts such as collaborative management, and working to advance watershed protection.

Fact: Part of View the Future’s mission is “to preserve, protect, and enhance understanding of our cultural and historical heritage for the benefit of the Yachats community and its future generations.”  Throughout the years we have researched and developed historical accounts, created documents and interpretive signage, and provided presentations for local residents and visitors to build awareness, understanding, and appreciation for our local heritage.  This year we have added a section on our web site called “View the Past” to share collections of our research on our local cultural and historical heritage.

Project Highlight: CoastWatch is working to increase both marine debris surveys and sea star observation surveys in areas where they aren’t currently being done. Marine debris surveys take place within 100 meters, so there are many areas near Cape Perpetua currently not covered. Sea star observation surveys can be done anywhere, year round, and whenever a volunteer wants to do one. For more information and a personalized training, please contact Jesse.

Fact: CoastWatch recruits volunteers to keep an eye on Oregon’s coast, one mile at a time, and connects volunteers with scientists and experts to train on how to contribute important data to help plan our coast’s future.

Project Highlight: The Yachats Trails Committee is comprised of 5 leaders who plan and coordinate the activities of approximately 100 other volunteers in ongoing efforts to maintain, develop, and promote trails in and around Yachats.  Volunteers also work at removing invasive plant species on City property.  Total hours volunteered exceed 2000/ year.

In addition to two work sessions each month for trail maintenance and removal of invasive, volunteers are also working to enlarge the Amanda Gathering area, add to plantings along the Prospect Trail, and to develop several map signs that will help both residents and vistors navigate our trails safely.

Contacts: The Yachats Trails Committee is run by a “Gang of Five“

About: The Oregon Ocean Conservation Fund of the Oregon Community Foundation facilitates the engagement of coastal residents, communities, and businesses in helping to protect the health of Oregon’s ocean. The Fund provides grants to nonprofit organizations to meet that goal.