Photo above: A couple of people taking the intercept survey at a wayside near Cape Perpetua.

Understanding Cape Perpetua visitors is useful for local community organizations serving these visitors. The main objectives of this survey were to better understand Cape Perpetua visitors’ marine reserve awareness and knowledge, demographics and characteristics, and tourism decisions and opinions. The Cape Perpetua Collaborative can share this information with local communities to increase their understanding of benefits visitors receive from their visit to Cape Perpetua and to improve tourism opportunities based on visitor demographics and desires. Additionally, the Cape Perpetua Collaborative can use this information to improve public outreach and engagement through better informed and targeted efforts.and results. The survey was distributed for two years from November 2017 through November 2019 at five sites near Cape Perpetua Marine Reserve. Survey distribution followed a visitor intercept method and was randomized by time of day, day of the week, and sampling site order. The survey instrument was designed for comparability with previous surveys along the Oregon coast. 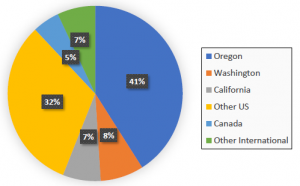 The average respondent age was 50 years and the average level of education was 17 years. More than half of the respondents were female (57%), with 43% being male and 1% being non-binary. On average, respondents leaned toward the protectionist side of the protection – use continuum when asked about their level of agreement with statements regarding the protection or use of marine resources.

VISITATION TO THE CAPE PERPETUA AREA

Frequency of visitation to Cape Perpetua

Nearly three-quarters of all respondents (73%) reported health benefits resulting from their visit to Cape Perpetua. This number was highest for coastal residents (91%) and lowest for non-Oregon residents (66%). 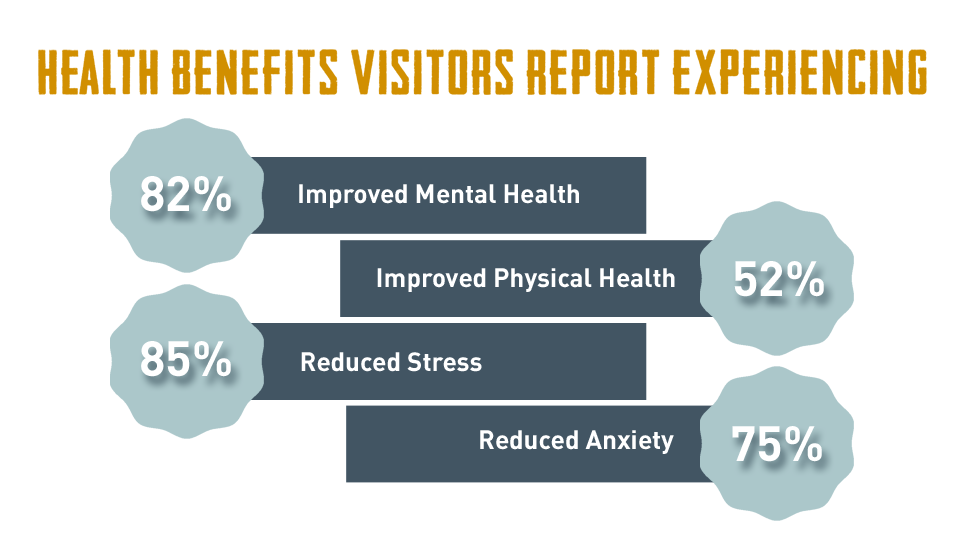 Approximately two-thirds of all coastal and non-coastal Oregon respondents indicated they had visited an Oregon marine reserve. This number was much lower for non-Oregon residents (31%). 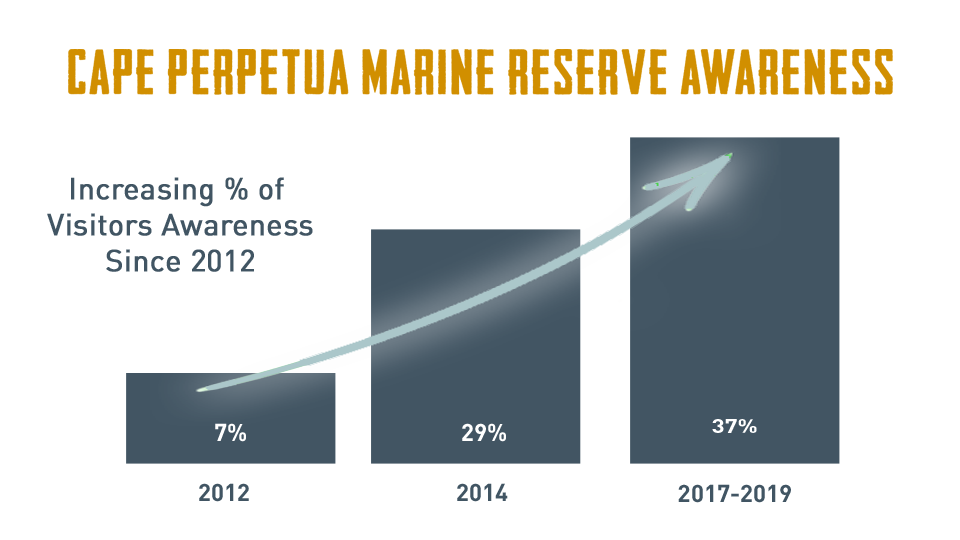 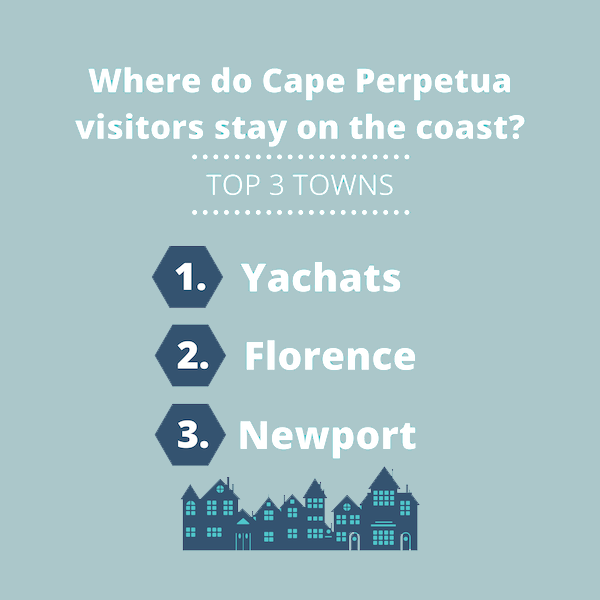 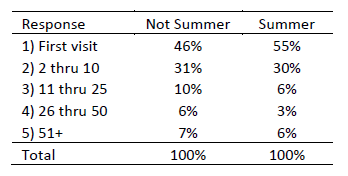 This survey has provided extensive information on Cape Perpetua visitors from all seasons. Now that we know marine reserve awareness is increasing with approximately half of Oregonian visitors being aware of Cape Perpetua Marine Reserve, we can begin to assess whether the marine reserve is influencing visitors’ trip decisions. One way we may approach this is by including a question on future surveys asking the respondent’s trip motive (i.e. their reason for visiting Cape Perpetua) and providing a variety of options for the respondent to select including “to visit a marine reserve.”

DOWNLOAD FULL COMPREHENSIVE REPORT
Learn more about comparisons with previous surveys and dig in to the methodology and results.